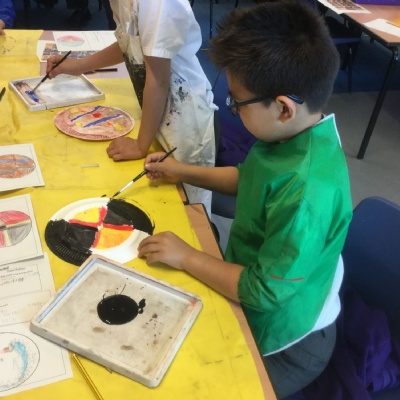 Today, we launched our new topic 'Traders and Raiders'.

In the afternoon, we ate our Anglo Saxon shortbread (everybody tried it, which was brilliant) and we made our own stained glass windows based on designs from Anglo Saxon monasteries. We discussed the intention of the Viking invasions and how they would steal the riches and treasures from the monasteries. Everybody had a brilliant day and it was a wonderful start to the new topic. We are all eager to learn more about the Anglo Saxons and the Vikings!